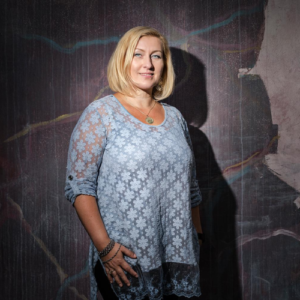 Dagmar Kusá received her MA in political science from Comenius University her PhD. in political science from Boston University. Prior to BISLA, Dagmar worked in the Slovak Helsinki Committee for Human Rights and served on its Board of Directors. In 2008/2009, she served as a projects coordinator at EUROCLIO, the European Association of History Educators in the Hague. Since 2004, Dagmar was the Program Director at the Bostonian International Center for Conciliation, where she remains affiliated as a Senior Fellow and trainer in identity conflicts transformation.  Her primary academic interests include the political use of collective memory, ethnic identity, citizenship and minorities, at present focusing on the manifestations of cultural trauma in public discourse. She serves as the country expert on citizenship at the European Democratic Observatory (at EUI) and co-organizes a global annual Muslim-Jewish Conference. She is the Vice President of the Helsinki Committee for Human Rights in Slovakia.

My current research focuses on the quality of democracy in countries transitioning from totalitarian or authoritarian regimes and its relation to the institutional choices of addressing the past, particularly in the context of South African and Central European transitions.

Previous research projects concerned the area of citizenship – as a status and as political practice, as well as a narrative interpretation. I also utilize narrative approach to study cultural trauma in political discourse, especially in the Slovak-Hungarian relations. Other areas of research interest involve human rights, minorities, ethnic conflict and conflict transformation. Of special interest is the use of narrative approaches (and historical narratives) in conflict transformation.

Theories of Political Parties and Systems

Globalization and Conflicts of Identity

Julie Kidd Research Travel Fellowship in support of research Heritage of the Past and the Quality of Democracy in Slovakia. 2017-2018.

ANTICORRP: Antricorruption Policies Revisited: Global Trends and European Responses to the Challenge of Corruption. Co-funded by the Seventh Framework Programme for Research and Development of the European Union.2015

THE WORLD BANK GRANT IDF 027319 SK THE PROJECT OF CAPACITY BUILDING of the Secretariat of the Plenipotentiary of the Government of the Slovak Republic for Roma Communities. Study stay of Roma Youth Initiative in the U.S.A. Date: 28. September 28 – October 11. 2002. Coordinator and Interpreter